As the admission’s office must sort through many applications, your goal is to stand out in a good way. If you have an average GPA and test scores, then the material on this page should help improve your chances of gaining admission. If you already have top grades and high SAT or ACT scores, you can still improve your application, given other factors such as talent in sports, the quality of your essay, and extracurricular activities. The essay is gaining weight at selective colleges, but please be aware that on average, a typical college application only receives 25 minutes of reading time. Therefore, keep your application brief, and stick to the point when answering questions. Search Google for professional resume-writing tips, like you were applying for a job interview, and write your college application in the same manner. Admissions officers seek to learn how a given applicant thinks, what kind of person they are, and their level of intellectual promise. The admission’s office staff are smart, and they have a lot of experience, so just be yourself, and work on improving your grades and test scores. Grades are the single most important factor in winning admissions, and maintaining good grades throughout the year is especially important for regular admission applicants. Many colleges are paying greater attention to a student’s grades during their senior year, not limited to academic performance in core courses, but in AP and honors courses as well. In fact, an ideal academic record is one of progressively better grades, in classes of increasing difficulty. College admissions officers look for patterns with both grades and test scores. High grades combined with low test scores suggest a hard-working student, but high test scores with low grades may suggest a smart, but unmotivated applicant. One advisor suggested that it is optimal to try taking the hardest courses that are offered, and that the worst thing you can do is to drop a hard course just because you’re afraid you’ll get a low grade. 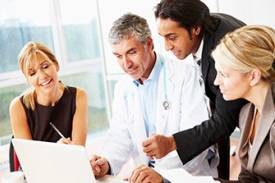 Most colleges accept either the SAT or ACT, and have formulas for converting test scores into admissions criteria. Colleges use standardized tests because there are large differences in curricula, grading, and difficulty among US schools. One benefit of the ACT test is that it allows you to select specific colleges to which to send scores. Students should practice taking the test under simulated testing conditions, and wear a large watch with a sweeping second hand. On average, over half of those retaking the SAT or ACT tests saw improvements in their scores. Be sure to get a full night’s sleep before the exam. Even more than studying for the test, you’re going to need your full mental capacity, refreshed and recharged by sleep. On the test day itself, arrive early, and pick a seat near the windows, in order to get good sunlight and a bit of oxygen. Take time at the beginning of the test to read the instructions carefully. For multiple-choice tests, look at the number of questions and the number of minutes you have. If there are more minutes than questions, you have a bit over a minute for each. However, if there are more questions than minutes, you better scramble, as you have under a minute to answer each question. You need to be around question #10 at ten minutes in, or you’re falling behind. Eliminate outlying answers right at the start. Average all numbers, and look for tips in the question that point you to the answer. Trust your instincts, and don’t change your answers on a second pass. If the first answer, A, is a little too obvious, it’s probably a decoy. Test makers like to group the real answers with confusing second choices nearby. Look for patterns in words in the vocabulary section. Read every question fresh, word by word, like a hawk, and pay attention. ABOUT THE SAT TEST A Complete Explanation of the SAT Free Old Official SAT Practice Tests Free SAT Practice Tests SAT Tips and Tricks Best SAT Flashcards SAT Study Guide Register for SAT Subject Tests Time Usage on the SAT SAT Sample Questions SAT Vocabulary Lists on the Web ABOUT THE ACT EXAM What is the ACT? A Complete Explanation of the Test. ACT Sample Questions Understanding ACT Scores How Long is the ACT with Breaks? Cancel ACT Test Registration Cancel Your ACT Scores Time Management Tips Regarding whether to choose the SAT or ACT, there is no penalty for guessing wrong answers on the ACT, but on the SAT, incorrect guessing is penalized. Some SAT questions can be trickier while some ACT questions may be longer. The ACT has more questions geared to higher levels of mathematics, suggesting that students who do well in math may perform better, but that the SAT may be a better choice for students with a strong vocabulary.

Factors in the college admissions’ process, in order of importance: 1. AP or Honors Courses 2. High School Curriculum 3. SAT/ACT Scores 4. Overall GPA 5. Admissions Essay 6. Early Decision Commitment 7. Class Rank 8. Sports Participation 9. Recommendation Letters 10. AP Exam Scores 11. Extracurriculars Studies suggest that colleges are not looking for the ‘well-rounded kid,’ but rather a ‘well-rounded class.’ Your task is to show the schools exactly where you will fit into their freshman pool. Are you a jock or a straight-A student? Well then, present yourself in that light. About 25% of seniors apply to seven or more colleges. New developments in college admissions include greater numbers of applications, increasing numbers of students applying from foreign countries, and applying online using the Common Application Form. There is also a greater dependence on the US News rankings, with more colleges making use of waitlists. The overall time span for higher education is lengthening, because college increasingly is becoming a pathway towards graduate school.

Essays are gaining importance as a way to judge potential, and essays largely have replaced personal interviews. Writing an email may be easy, but rewriting a serious essay is much more challenging. Re-write your essay as many times as you feel is needed, and have people that you trust read it. Essays must emphasize personal development, and demonstrate curiosity, social conscience, and concern for the community. Avoid writing about babysitting, your pets, illegal drugs, or other experiences involving any kind of illegal activity. Applicants should show that they’ve been involved on campus and not just studying all the time. The admissions office will try to screen out difficult people, and are watching for negative signals, or evidence of a potential problem. Colleges also try to weed out overly dependent people, who either follow in their parents’ footsteps too closely, or hang out with a bad crowd. The admissions essay topic should be something the applicant cares about, and which shows how you’ve helped others to enjoy greater success. The best essay topics are like a short story, with poignant details, in which the writer shows by example. There should be no grammar or punctuation mistakes in your college essay, and even if the college application says that the essay is optional, you should treat it as a requirement. Applicants who lead an extracurricular activity are regarded more highly than applicants who merely participate. Some universities, such as the UC System, have programs for spot-checking applicants for accuracy, such as sending a follow-up letter to the student asking for proof about a summer job. Don’t allow extracurricular activities to interfere with academic performance. A student with lots of extracurricular activities, but weak grades, isn’t going to fool the admissions’ committee. Start early in high school, and only join clubs that you have a real interest in, and are going to stick with for several years.

The US News & World Report rankings are based on data which US News collects, either from an annual survey, or from the school’s website. Critics charge that US News & World Report changes its methodology every other year so that the rankings will change of necessity. Forbes Magazine also publishes college rankings listings, which have been well-received. Although best known for their Forbes 400 list, the Forbes college rankings have been getting a lot of attention. Top Interior Design Schools Top Art Schools in the United States Best Colleges in the Midwest Best Colleges in the South Best Fine Arts Colleges Video Game Design Schools Inexpensive Colleges in the USA Colleges With The Best Financial Aid Get Into Film School Most Conservative Colleges Most Liberal Colleges in America The Best Small Colleges Top Christian Colleges 20 Top Party Colleges New college rankings place a greater emphasis on student satisfaction, as well as academic achievement. For critics of the U.S. News & World Report college rankings, the new Forbes College Ratings seem to be more balanced, and include their rankings for small colleges. Peterson’s Guide is another comprehensive guide to US colleges and universities, designed for students trying to choose between hundreds of competing schools.

Transfer students experience another pathway towards admissions. In fact, nearly 50% of all current undergraduate students begin their education by attending a community college. By far, the most common transfer path is students moving from two-year community colleges to four-year institutions, although there is considerable movement between four-year colleges well. Many community colleges have agreements in place with four-year schools, particularly in the case of state universities, so that the transfer of credits is assured. Many private schools actively seek out transfer applicants to fill their classes. Even as late as April, there may still be openings in first-tier colleges for the fall semester. Choose a Major Transfer Colleges Successfully

Early decision is a legally binding commitment, meaning students must withdraw their applications to all other schools if accepted. There are penalties for withdrawing, so Early Decision is only for students who are certain about wanting to attend a specific school. Admitting early decision applicants benefits schools because there is a high probability that the admitted applicants will attend. In addition, early decision helps the college admissions offices distribute the job of sifting applications throughout more of the school year. Thus, applying via Early Decision carries a greater chance of receiving an acceptance letter, almost 15% higher than regular decision applicants. One drawback is that early decision is essentially ‘applying blind’ as regards the amount of financial aid that you might receive. Early Action vs. Early Decision Early Decision About 50% of all colleges use a waiting list, particularly selective schools accepting less than half of applicants. Colleges use wait lists as a hedge to make sure they have enough students in the fall, and some schools purposely select fewer applicants during regular admissions to appear highly selective, and then do an about-face and accept students from waiting lists later. Recently, Stanford and Yale wait-listed approximately 1,000 students while Duke wait-listed nearly three times that many. 30% of wait-listed students are eventually accepted, and wait-lists are becoming more common. Students who are wait-listed need to stay in touch with the admissions office, to declare that they will attend if ultimately accepted.
SCHOOL NAME, CITY, or STATE
Alternately, enter search criteria below. You can leave some fields blank, and narrow results later.
EMPLOYERS: Post Jobs Search Resumes